No Money for Food is...Cent$less

Food insecurity is a serious problem in Ontario, and across Canada.
No Money for Food is … Cent$less is a campaign that aims to increase awareness and advocacy for income solutions that will help everyone to buy enough food to feed themselves and their families.

What is food insecurity? 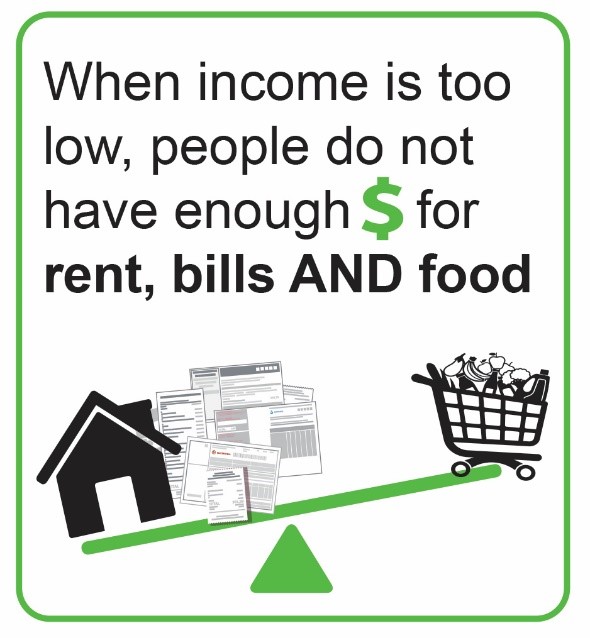 Who experiences food insecurity in Ontario?

13% of households in Ontario are food insecure.  This translates to 1,700,000 people living in Ontario.

63% of food insecure households in Ontario have employment income.

Why does it matter? 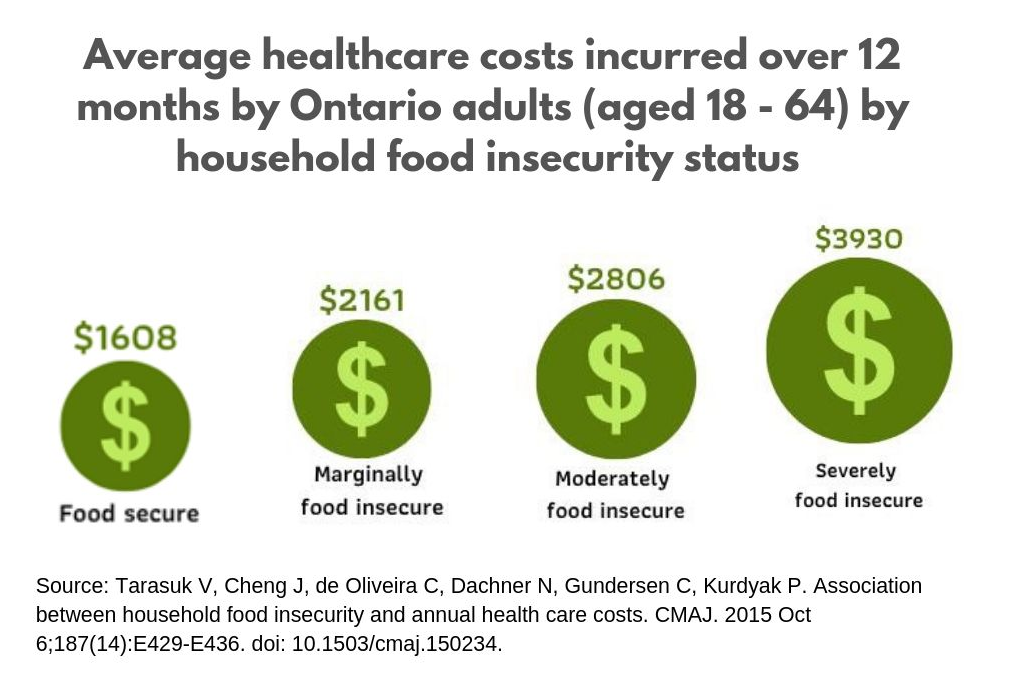 Food charity is an ineffective solution for food insecurity

According to the United Nations Human Right Council, all humans have the right to adequate food. In a country as rich as Canada, everyone should be able to buy enough food. Despite extensive charitable efforts, millions of Canadians remain food insecure. It takes more than food to solve food insecurity. Income solutions are needed to address this urgent public health problem.

The solution: Policies that increase incomes

The solution is adequate incomes through jobs with livable wages and benefits, social assistance rates that reflect the true costs of living, and a basic income guarantee for all.
An adequate income:

The impact of an adequate income on food insecurity

There are income security programs that have effectively decreased food insecurity rates among certain groups.
Canadian seniors 65 years and older experience lower rates of food insecurity than other population groups due to the Guaranteed Income Supplement and Old Age Security they receive through Canada’s public pension system. Extending this guaranteed income to working-age Canadians through a basic income guarantee could be an effective strategy to reduce food insecurity.
The Ontario Child Benefit program (2009 - 2012) provided financial support to help parents with the costs of raising their children. This program reduced food insecurity in several households across the province and was especially useful for low income and single-parent households.
Households who were part of the Ontario Basic Income Pilot Project reported reduced food insecurity while receiving a basic income.  They also reported less food bank use, and improved overall diet.
Food insecurity can be reduced when public policies increase the incomes of vulnerable households.

Basic income for all Canadians costs less than poverty

What can you do?

Click here to find out what you can do.